Located in the heart of Clementi, Clement Canopy is in the middle of three transformational growth areas. To the West, Jurong. To the south, one-north. And just right next door, the Kent Ridge Education belt. 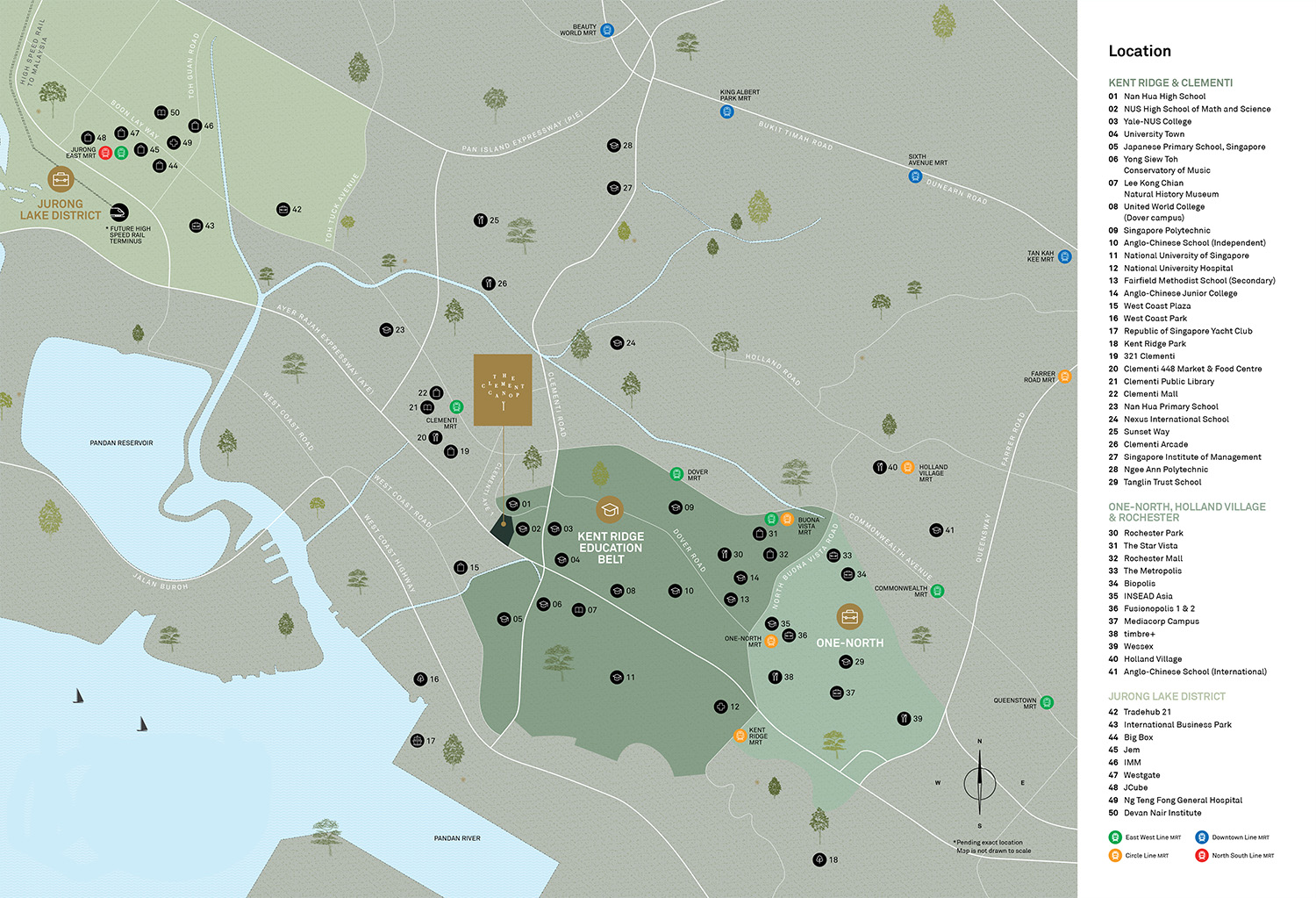 The East West Line which has one of the broadest coverage to various parts of the island is operated by the Clementi MRT Station. The Dover MRT station and Clementi MRT station that serves the main East- West Line connect the commuters to places like Raffles City, Buona Vista, City Hall en-route to Changi airport.

Future residents may also locate conduit of conveniences when it comes to commuting to various parts of the isle with the many bus services accessible at the Clementi Bus Interchange.

Within minutes’ drive from The Clement Canopy, one-north is a hub for biomedical sciences, technology, media, physical sciences and engineering. Just about a microcosm of the new world, one-north presents a universe of opportunity, and best of all, just a stone’s throw from Clementi.

Charming and trendy enclaves, Holland Village and Rochester are ideal for a delectable weekend brunch. Watch the world go by over a cup of latte, or take a stroll along leafy pathways. The nearby Wessex estate, with its black and white colonial houses, also makes for a great day out with the whole family.

Jurong Lake District is primed to become Singapore’s next CBD. And because it’s just one MRT stop away from Clementi MRT, residents at The Clement Canopy can truly enjoy the best of both worlds — the tranquility of home and the bustle of an exciting next-century commercial hub.